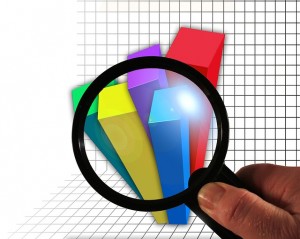 The financial atmosphere has changed considerably over the last decade or so and the evidence can be easily seen through current market data. Prior to 2007, services for debt collections were making strong strides in growth. This was largely due to loose banking procedures combined with unchecked consumer borrowing. Although debt was common during this period, economies were booming which allowed consumers to make payments and banks were extremely willing to allow outsourcing to collection agencies to recoup monies in arrears.

However, the bursting of the financial bubble in late 2007 and the subsequent devastating recession created an unfavourable economic environment that exists till this day and is only slightly improving. The nagging downturn has eroded incomes leaving many customers unable to pay debts. The banking industry has been forced to implement much stricter loan regulations and a large portion of individuals that can obtain loans are using them to cover past debts which continue to stagnate the economy.

Traditionally, debt collection agents have relied on tracing methods that include phone calls, letters and visitations to pursue customer contact and extract due payment. These services were normally carried out on a fee-basis, but the rise in costs for new methods of retrieving debt has pressed agencies to rely heavily on commissions. Because more people are either being forced to frequently move or are choosing to move, collection agencies have had to radically adjust their methods to include more technologically advanced systems including tracing software, the use of email and mobile devices as well as spend more time understanding customer situations once contacts have been made.

Wescot was quick to recognise the economic and industry changes and make relative adjustments. For this reason, the company is considered to be one of the top debt collection performers in the UK and is consistently sought out for its cutting-edge services. Find Wescot location details and see how they can benefit your company with their revised debt collection services.